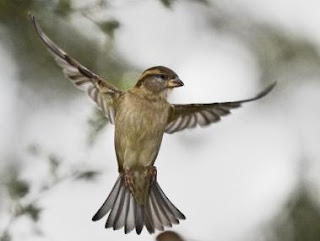 Just over a week ago was the official release of my first songs out into the big wide world. They were accepted with open arms, which I am very grateful for.

Here is some of the praise I was lucky enough to receive for my EP, thanks to Jeremy Daniel at Altsounds.com:


'It isn't hard to imagine someone like Cassandra Solon Parry devoting herself to writing fantasy if she weren't already devoted to making music... Her lyrics are rife with images of phoenixes and paper birds, caterpillars and sea monsters that inhabit a world of lush gardens punctuated by rainbow moons and shooting stars—all of which makes it easy to imagine Parry's name gracing the spines of hard-bound fantasy novels.

Yet for all of the fantasy, her songs are rooted in the human condition, and those elements serve as vehicles for Parry's exploration of subjects ranging from heartache and joy to introspection and rebirth. Her lyrics are more suggestive than they are autobiographical, allowing the listener to connect personally with her words rather than just living vicariously through them. The music on Girl/Phoenix occupies a space somewhere between the melodrama of Bat For Lashes and the gothic chill of Zola Jesus, which lies in contrast to Parry's ethereal voice, resulting in a sound that can best be described as enchanting.


Parry paints bold strokes with her voice, and she's able to convey even the heaviest of emotion with a sense of grace and restraint. 'Rise' opens with Parry addressing the process of rebuilding after a broken heart: “Broken heart, broken head, broken ice/ Broken like a Cinderella slipper/Dashed like a fallen shooting star/“Gather up the splinters to re-create your eyes/ Rise.” Her tone is haunting but eerily comforting, and her voice reverberates from behind murky pools of synthesizers and sparkling chimes carried by a scraping electronica beat.
Over the thunderous rolls of percussion on 'Rainbow Moon', Parry contemplates both regret and resolution with lines like “I have no regrets, tears mixed into the rain/The wolf cries but the moon comes round again” that echo from far off in the distance, riding the shimmering waves of synthesizers that conjure feelings of rays of sun piercing through early morning clouds.
'Bambino' in turn is the most gentle song on here, and the most joyous in terms of both its music and lyrics; it begins with frail drips of piano and the sound of birds off in the distance followed by delicate chimes that resemble melting icicles falling to the ground. Parry's vocals are doe-eyed and even wondrous as she walks us through a serene garden with herself and her lover, along with a lovely lady and her child in tow. The 11-minutes of music on Girl/Phoenix amounts to peering through the keyhole of a door leading to a fantasy world that hopefully, Parry will allow us inside of sooner or later when she delivers a full-length album.'
..........................
Well, we shall have to see about an album won't we... Encouraged by such a warm welcome I am working on some new songs.

Oh my, it seems what looked very much like an ending might be a beginning after all... 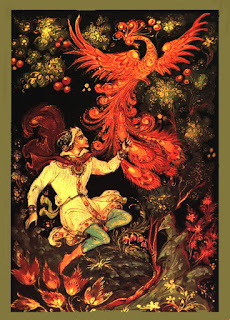